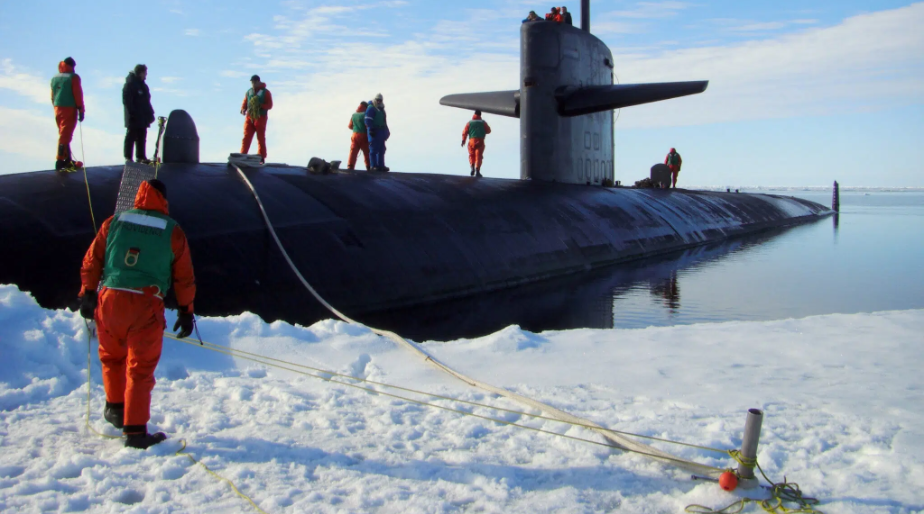 American policy dealing with security challenges in the Arctic has long been a conundrum. As one of only five states with direct access to the Arctic Ocean, the US holds a special position when trying to deal with a range of challenges in the North, ranging from Chinese strategic investments to ocean governance and, crucially, Russian military aggression.

And yet, in national politics, the Arctic is trapped in a dichotomy, either as a symbol of the increasingly apparent effects of global warming, or as indispensable for resource development in a state – Alaska – that is heavily reliant on the oil and gas industry. These two oppositions have hindered the US from seeing the larger picture of geopolitics outside its front door.

The fundamentals of the Arctic region and Russian interests there have not changed in 2022. Law of the sea serves as the legal framework that gives all the Arctic states – including both Russia and the US – rights to resources and hinders a “race to the Pole”. Russia is reliant on the Arctic to continue to expand its petroleum industry, even as it shifts exports away from Europe and towards Asia. Militarily, for Russia, stability and control around the Northern Fleet – one of its strategic fleets that houses its nuclear submarines – is also essential. Russia has been investing in military capacities in the North since 2005.

Russia’s invasion of Ukraine in the winter of 2022 does not change these facts on the ground. What 2022 did change is how we perceive and evaluate Russian actions? The presumption of shared interests with Russia in the North is being questioned. Could Russia also be a revisionist power in the Arctic? Could our cost-benefit analysis of Russian goals and intentions in the North be wrong?

The US and NATO alliances cannot afford to err on the side of complacency. Planning and deterrence are what is going to make sure the Arctic does not become a new battleground. What does this mean for the US’ Arctic security posture? There are at least three different ways in which the US must conceptualize issues of northern security and geopolitics.

The first concerns the American part of the Arctic, i.e., Alaska. Often forgotten by the ‘lower 48s’, the US’ largest state has specific security challenges that are of both local and national concern.

The shared boundary with Russia across the Bering Strait and Sea entails proximity to Russian strategic forces in the Russian Far East. Thus, the more tense the relations between Russia and the US, the greater the need for the Air Force to be able to control and respond to Russian airborne activity across the Bering Strait. Moreover, Russia is increasingly seeing the whole Arctic coastline – stretching from Norway in West Europe to the shores of the Aleutian Islands in Far East – as a continuous strategic domain within reach of its ballistic missiles. With the ever-increasing ice-melting north of the Bering Strait and expectations of increased civilian and military traffic in the area, Russia has also increased military exercise activity to Alaska – angering Alaskan fishers.

Additionally, Alaska is experiencing what most often is thought about when thinking of Arctic security, i.e., the immediate effects of coastal erosion, changing ice conditions and the need to adapt both local communities and emergency response capacities. Here, the US Coast Guard faces an increase in ‘soft’ security challenges, ranging from emergency response to fisheries inspections. Therefore, three polar security cutters are being built with the first ship set to arrive in 2025, after the Coast Guard had been calling for new assets for more than a decade.

North Atlantic – Coming to the aid of allies

However, not all parts of the Arctic are the same, and those challenges the US faces in theAlaskan Arctic are different from the second group of concerns for the US in the North: those faced across the Pole. If direct conflict between a NATO country and Russia breaks out further south along, for example, the border of Ukraine, the Baltic countries or Finland, that conflict is likely to rapidly spread to the European Arctic due to the presence of Russian nuclear submarines on the Kola peninsula. This is not something new, but a repeat of dynamics during the Cold War in hiatus after the collapse of the Soviet Union.

The US has therefore increasingly engaged in Arctic security operations and exercises in the North Atlantic and Norway. After the US deemed the threat from Russia diminished in 2011, the 2nd fleet out of Norfolk with responsibility for the North Atlantic was ‘reactivated’ in 2018. That same year during Trident Juncture, the largest military exercise in Northern Europe in decades, USS Harry S. Truman became the first aircraft carrier to sail above the Arctic Circle since the end of the Cold War. B1 bombers, Seawolf-class submarines, and US Marines have all increasingly been active in Norway and the North as part of either military exercises or as ‘rotating forces.’

This comes not only because the Nordic countries request help in deterring and surveilling Russia, but these actions are also in the US’ self-interest: the forces emanating from the Northern Fleet pose a threat to the Eastern seaboard. The job of deterring Russia in the North Atlantic and European Arctic became more pressing after the Russian invasion of Ukraine, but this is a constant and continuous task that will require attention as long as Russia is a belligerent country vis-à-vis the West.

The third challenge reverts to the unavoidable focus on China – not only in the Arctic but in US global posture writ large. In fact, the decision by the Trump administration and Secretary of State Pompeo to start highlighting the Chinese “threat” in the Arctic was not because of any specific Chinese action in the North. Instead, it is a consequence of the wider systemic rivalry between the US and China, as China is expanding both its military power and global outreach through diplomatic endeavors.

In 2018, China termed itself a “near-Arctic state” in the first iteration of an Arctic policy paper. China hasbeen showing an Arctic interest, investing in various natural resource projects across Arctic states and engaging in the development of the Northern Sea Route as part of its Belt and Road Initiative (popularly termed “the Polar Silk Route”). It has also been spending diplomatic resources in Arctic-related forums like the Arctic Council or the Arctic Ocean Fisheries Agreement.

Yet, China is neither an Arctic state, nor does it have a stake, claims, or capacities in the North. China is at worst a long-term strategic challenge for the US in the Arctic, as in other parts of the world.

The challenge of containing while also talking to Russia

The core challenge for the US in the Arctic is thus how to strike a careful balance between deterring Russia from any aggressive action in the North and not provoking that very same action. Beyond the immediate show of force and alliance solidarity, this also includes the other side of how to avoid conflict: engagement with Russia.

There are some ‘soft security’ Arctic challenges that in fact require that Russia is included: scientific cooperation is needed to ensure that both American and Russian fishers adhere to quotas and rules for fisheries. The alternative is a decline, and eventual collapse, of what provides the livelihoods of many along the Alaskan and Western shoreline.

When a cruise ship with American tourists, or a vessel transporting oil from the Russian Yamal Peninsula to a port in Asia, runs aground in the Bering Strait, immediate response from both Russia and the US is needed to prevent loss of life and harm to nature. And if we are to accurately assess climate change effects and mitigation measures, environmental research cooperation between Russian and Western scientists is crucial.

Moving away from the dichotomy

The Arctic in the 21st century is transforming from a neglected and relatively uneventful space in global affairs, to one where three continents and several great powers meet. It is the part of the globe that is most rapidly experiencing the effects of climate change, while as a geopolitical region it includes Russia, the US, the EU and – increasingly – China, in addition to the Nordic countries.

The US debate has, however, been trapped in symbolic gestures and national squabbling over whether resource extraction should continue to take place in Alaska. Avoiding that squabble altogether, the way the Arctic figures in local (Alaskan), regional (Arctic), and global (systemic) geopolitics means that the US will have to amplify its thinking about its Arctic interests and related engagement. Defending the homeland in Alaska, providing reassurance to allies in the North Atlantic, and using the Arctic as arena to challenge China require different sets of tools and approaches.

The Arctic is moving from a niche to a major security concern that has a unique mix of the local, regional, and global – and this should be reflected in the way the US government discusses and describes its Arctic security approach. Integrating the various aspects and dimensions, while also appreciating that dialogue with Russia is needed to deal with some of these, is crucial. The end goal, after all, is to avoid outright conflict in the North.

Andreas Østhagen is also a Fulbright fellow at the Arctic Initiative at Harvard University and the Polar Institute at the Wilson Center.